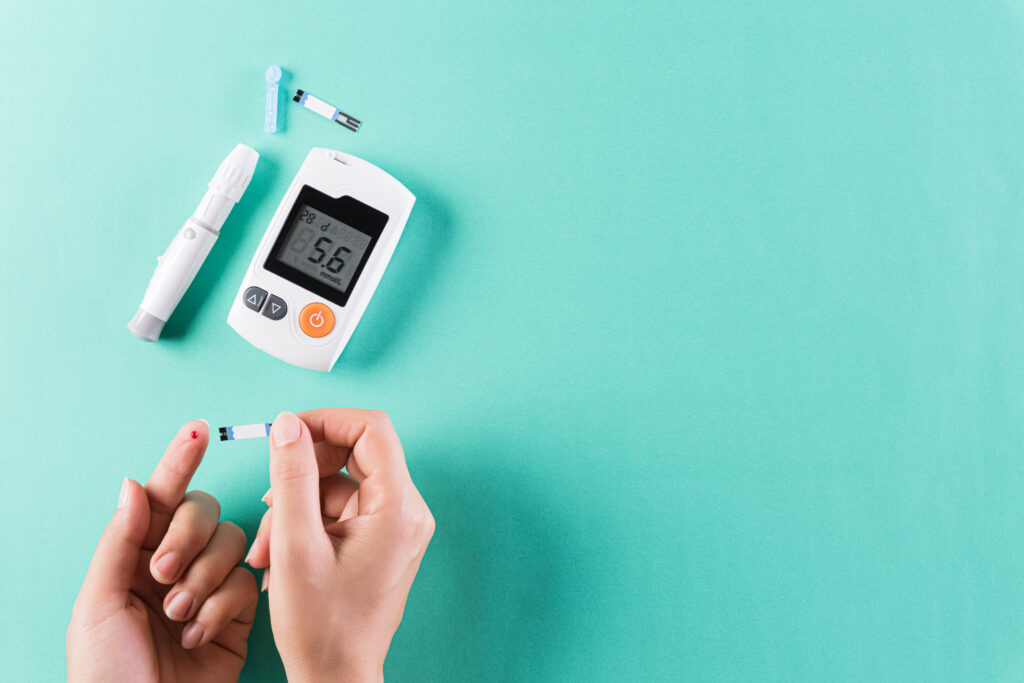 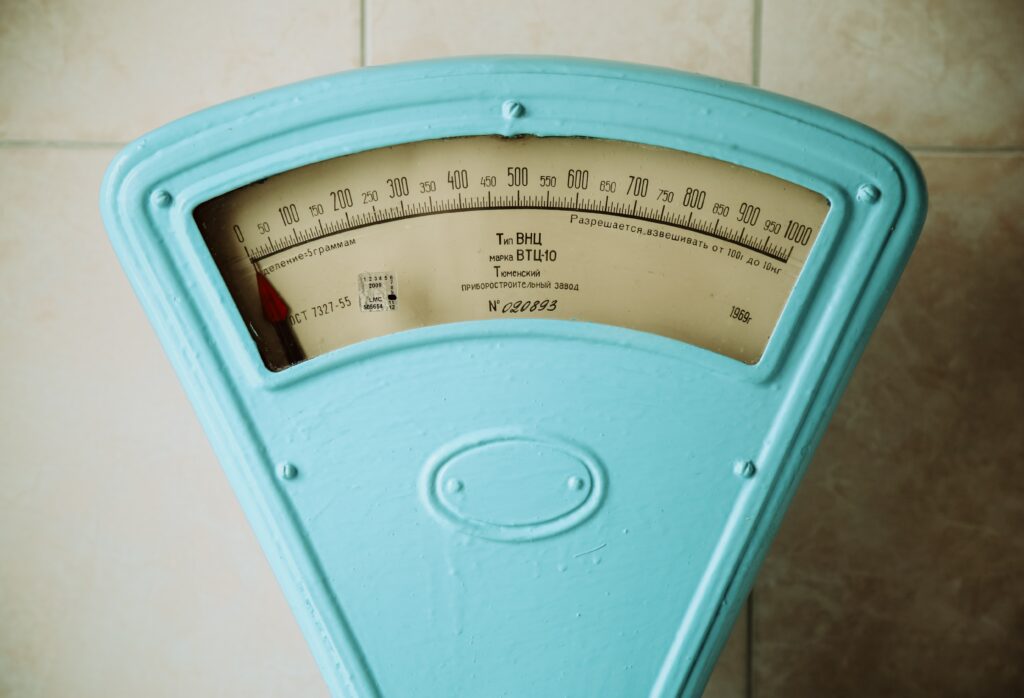 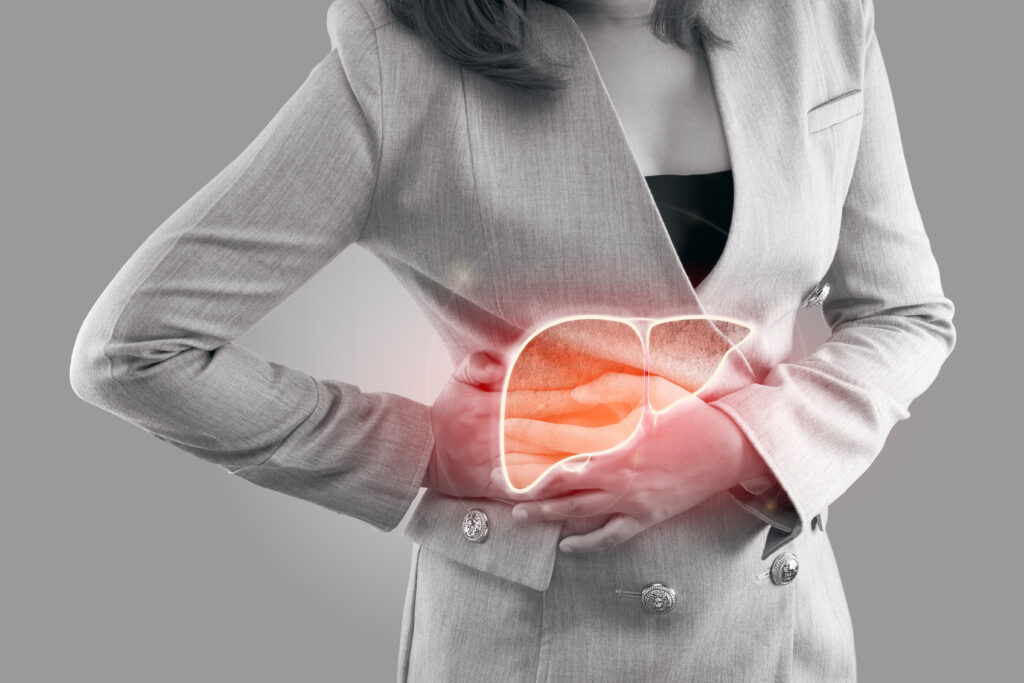 Fatty liver disease describes a range of conditions, including NAFLD and NASH caused by a build-up of fat in the liver

Signup to our Newsletter 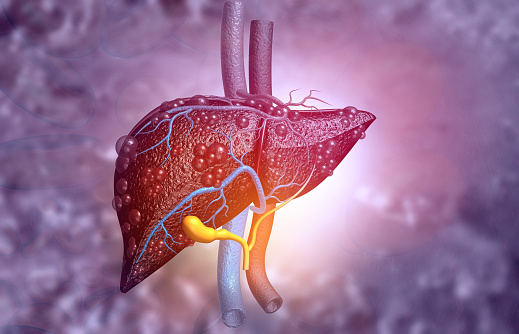 Non-alcoholic fatty liver disease (NAFLD) represents the most common chronic liver disease in the Western countries and is characterized by an excess accumulation of triglycerides (TG) within the hepatocytes in organelles called lipid droplet.

NAFLD is not a single defined disease, but can manifest as a spectrum of disorders ranging from non-alcoholic fatty liver (NAFL) to non-alcoholic steatohepatitis (NASH) a chronic liver-disease characterized by lipid accumulation associated with cellular damage, inflammation, and different degrees of fibrosis. In addition to its canonical features, NAFLD shares many similarities with metabolic syndrome and is characterized by highly atherogenic condition that could lead to several cardiovascular risk; indeed, patients with NAFLD had advanced carotid atherosclerosis.

The prevalence of this disease varies in different epidemiological studies; the majority report an average rate of NAFLD prevalence in Western countries is 20-30% and 30% in US. NASH affects approximately 3% of individuals who are normal weight and this prevalence increases up to 19% in obese and to 50% in morbidly obese subjects. NASH increases overall mortality by approximately 70%, and cardiovascular disease (CVD) mortality about 300%. For this reason NAFLD and NASH represent two emerging diseases of the outmost clinical interest. 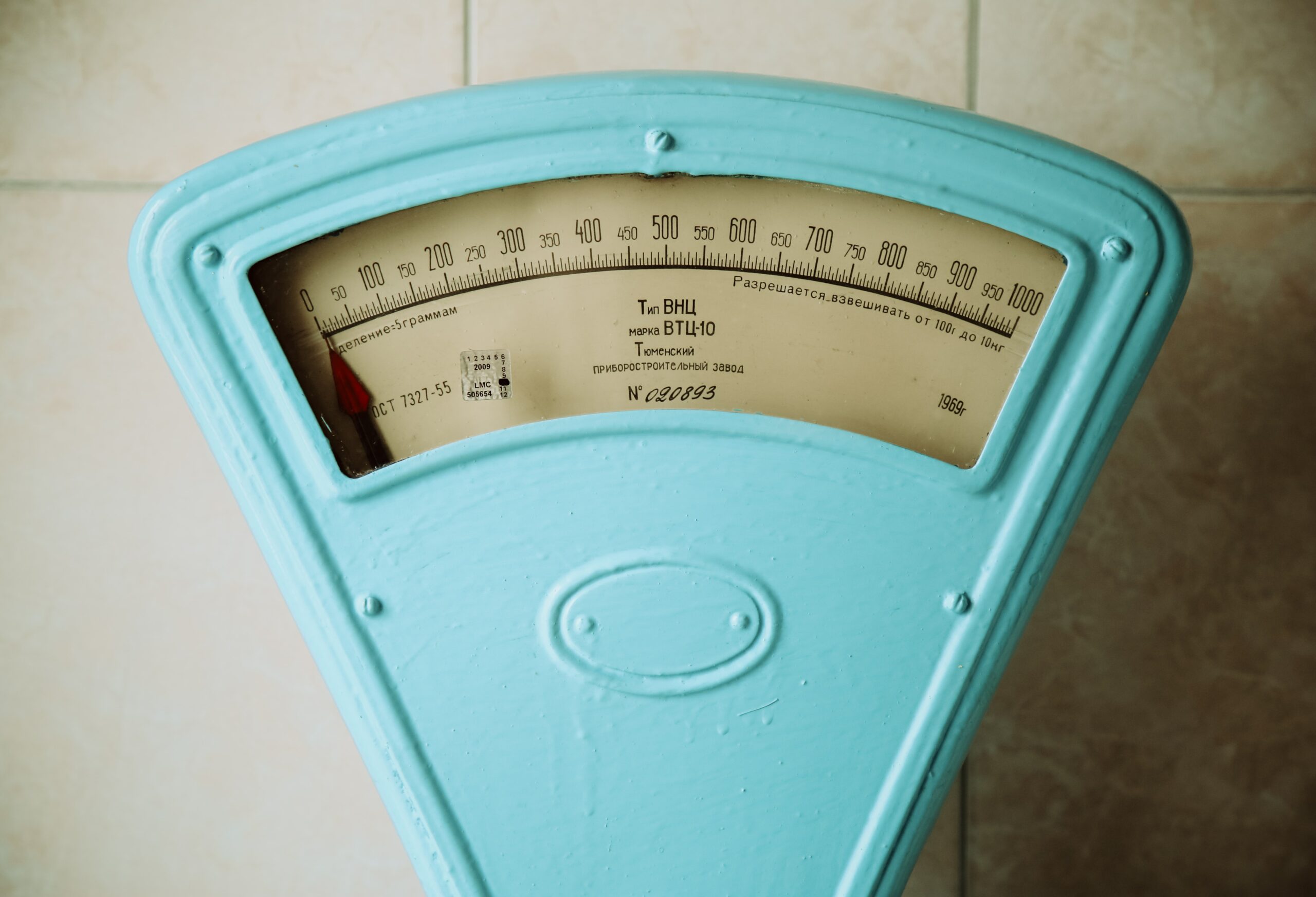 Obesity represents one of the primary causes of preventable deaths. In 2014, an estimated 1.9 billion adults were considered overweight and more than 600 million were obese, translating to 13% of the worldwide adult population. Obesity has become a pandemic and has received increasing attention over the past decades for the implications it carries in the development of numerous chronic diseases.

In the last 30 years, the average body mass index (BMI) has increased at a rate of 0.4 kg/m2 per decade worldwide. Among high-income countries, the United States has the highest prevalence of obesity, with one third of the population having a BMI of 30 or greater. Even though the prevalence of obesity in the United States tended to stabilize after 2005, the prevalence of severe (BMI >35 kg/m2) and morbid (BMI >40 kg/m2) obesity has continued to increase. Between 1986 and 2000, the prevalence of subjects with a BMI of 40 or greater quadrupled and that of subjects with a BMI of 50 or greater quintupled. Obesity is a condition characterized by an excess of body adiposity and for practical reasons is commonly measured by BMI, an expression of body weight as a nonlinear function of height. A BMI >30 kg/m2 indicates the presence of obesity; when BMI exceeds 40 kg/m2, the subject is regarded as morbidly obese. This disorder strongly correlates with those metabolic disturbances (i.e. hyperglycemia, hyperinsulinemia, insulin resistance, hyperlipidemia, and hypertension) that increase the risk of developing cardiovascular disease. 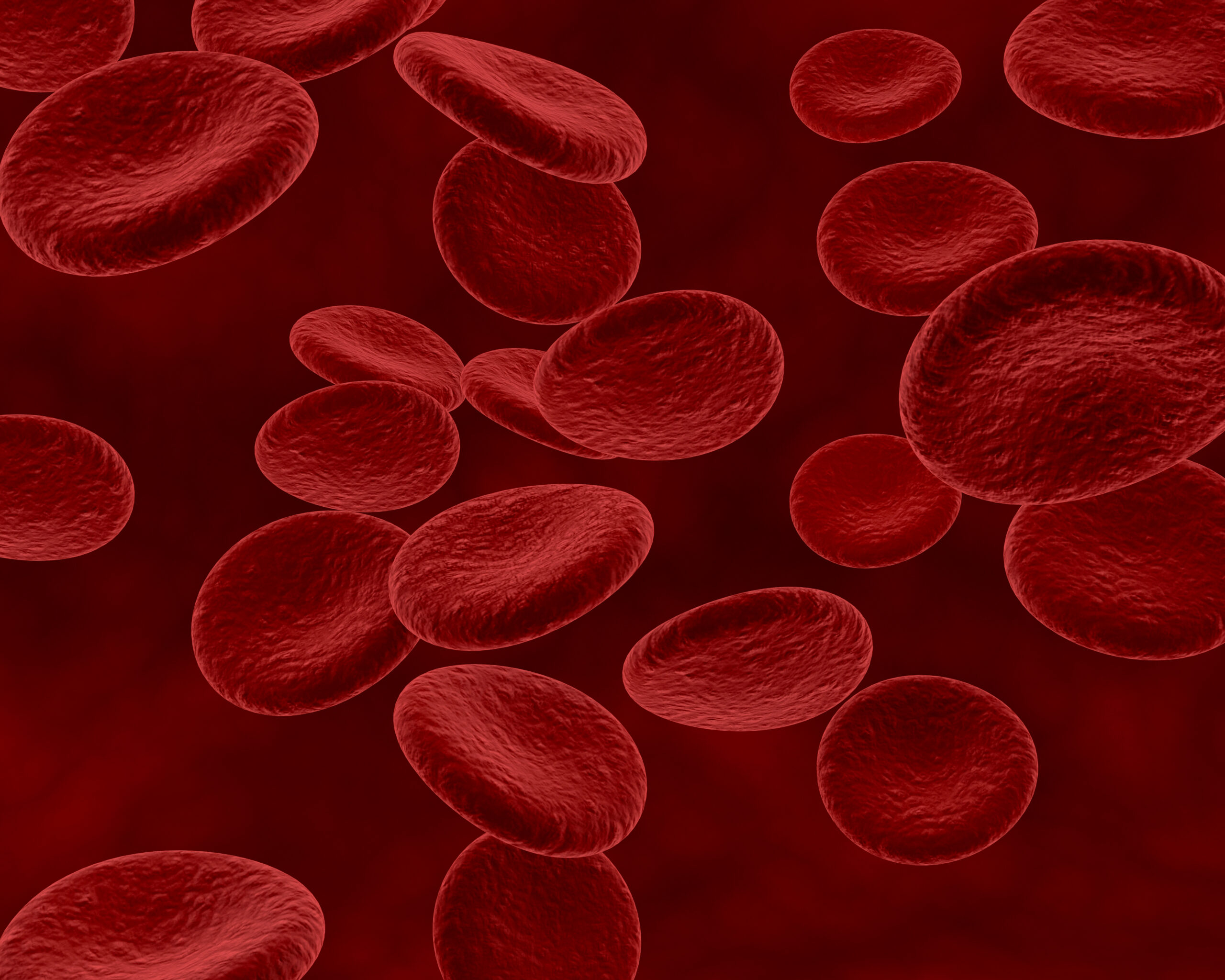 Insulin resistance (IR) is considered the most important pathophysiologic aspect linking obesity and cardiometabolic diseases.  IR is an impairment of insulin action on insulin-sensitive tissues characterized by a decreased glucose access in muscles and an increased neoglucogenesis in the liver, resulting in fasting as well as postprandial hyperglycemia. IR has systemic impact causing arterial endothelial dysfunction, atherosclerosis, increased lipolysis, sarcopenia, decreased bone mass, and β-cell mass.

Studies have shown that the basal insulin secretion rate and the insulin output in response to an oral glucose tolerance test grow in a linear fashion as BMI increases. A hyperbolic correlation instead has been found between β-cell function and insulin sensitivity. Hence, on a background of IR, the β-cell must enhance its insulin release in order to compensate and maintain a state of euglycemia. β-cell failure is a requisite for the development of T2DM, whereas skeletal muscle IR is evident decades before β-cell failure and overt hyperglycemia occur. High-risk individuals with IR who are prone to develop diabetes show a progressively reduced β-cell function over time, whereas “nonprogressors” can maintain increased insulin secretion that compensates for the worsening insulin sensitivity. Progression from normal glucose tolerance to impaired fasting glycemia, impaired glucose tolerance, and finally, T2DM, is likely the result of various contributing factors, including high-caloric diet, lack of physical activity, and genetic predisposition. In a first compensatory phase, the insulin-resistant state causes an increase in total insulin secretion rate, determining hyperinsulinemia. In this stage, greater insulin secretion is mainly due to β-cell hyperplasia and to a lesser extent hypertrophy, globally contributing to an increased islet mass. Subsequently, as a consequence of increasing glucose levels (ie, glucotoxicity hypothesis), a loss of acute glucose-stimulated insulin secretion develops, resulting in the inability to promptly respond to glycemic increments.

The prolonged exposure to hyperglycemia and increased circulating FFAs favor a constant, low-grade inflammation, leading to stress of endoplasmic reticulum, altered function of mitochondria, increased release of reactive oxygen species, and ultimately, oxidative stress in the β-cell. Oxidative stress in the β-cell in turn is responsible for changes observed in β -cell phenotype, differentiation, and gene expression, which might be responsible for such loss of acute secretory action. Moreover, a higher insulin request, caused by a state of IR, conduces to increase cosecretion of insulin and islet amyloid polypeptide. The presence of amyloid in high concentrations is toxic and contributes to inducing b-cell apoptosis. Chronic hyperglycemia and worsening of IR cause a critical decline in b-cell mass, ultimately leading to overt diabetes. Inside the b cells, insulin granules ready for the secretion are docked to the cell membrane; when glucose binds to the glucose transporter isoform GLUT2, they fuse with the membrane and secrete packages of insulin.